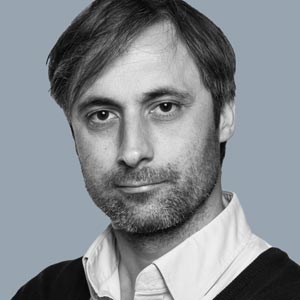 Hans Schauerte is an independent film producer, director and cinematographer. Over the past 15 years he has made documentaries and corporate films for major international television networks, agencies and businesses. Producing films in numerous European countries, the USA, Canada, Central America and the Canary Islands; Hans has proven himself a multifaceted, flexible and highly efficient independent producer. Hans and his team bring their technical and creative expertise to the symbologie. network with a focus on giving form to corporate ideas, as well as supporting a broad array of film project capabilities for our clients.

Following the completion of his studies at the German Film and Television Academy Berlin in 1998, Hans founded the company Souterrain Contemporary Film Services. The company operates its own editing studio and owns a wide variety of camera, lighting and sound equipment. They are continually evolving and maintaining a cutting edge environment for comprehensive film production, postproduction, and digital media services.

Hans Schauerte, the father of six children, lives with his family in central Berlin. Concerned about the current ecological and economic situation in Europe and the world at large, he is keenly interested in promoting responsible and sustainable behavior in today’s society. He sees tremendous potential in the development of individual digital communication in these areas, and will be focusing future endeavors in this direction.